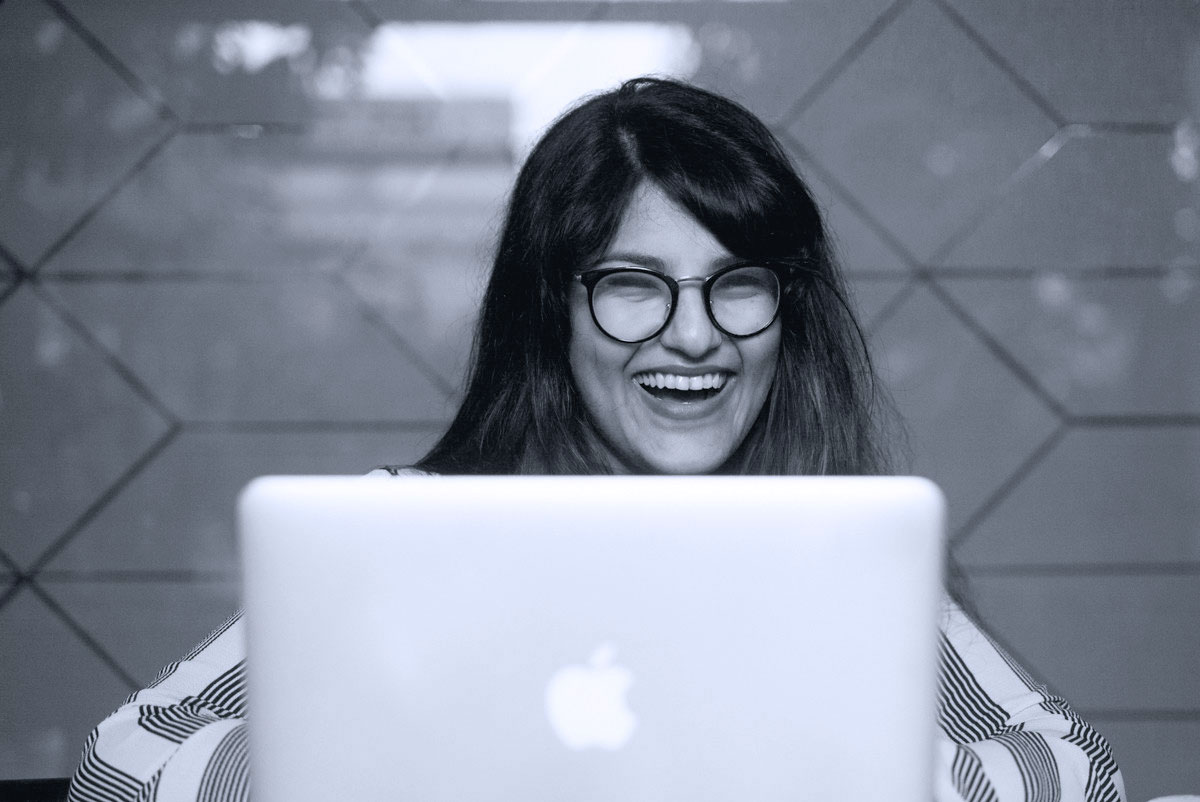 We sat down with Ankiti Bose to learn more about how she went from McKinsey and Sequoia Capital to Zilingo, her e-commerce startup that’s bringing merchants across Southeast Asia online for the first time. Here’s part of our conversation. “I’ve wanted to do something on my own for a long time. I remember when I was maybe 9 or 10, I was in a small town in northern India in the Himalayan foothills. My mom would nap in the afternoon, and I would collect things from all over the house while she was sleeping. I’d set up a shop and I would pretend to sell what I’d collected. It was just a game, but my parents would joke that I was the only person in our family who would be able to run a business. They’re all very academic — engineers and psychologists — and they’ve always been supportive of me.

In college, I studied Economics and Math then I joined McKinsey. They trained me to think about economics and business models. I loved that, but at that time in India, the tech economy was exploding. I was curious and wanted to learn, so I joined Sequoia Capital and began studying marketplaces and meeting a lot of founders. So many of the founders I met were a similar age to me and had a similar mindset. I remember thinking, ‘“I want to start my own business too and I need to do it soon, otherwise, I’ll never do it.’” “I thought it just didn’t make sense that all these products weren’t available online.”

“In 2014, I took a trip to Bangkok with some of my friends from McKinsey. We went to Chatuchak, which is this huge, insane market. There’s no air conditioning and you’re fighting the crowds in the Bangkok heat. People would fly from Singapore and Hong Kong and Bombay just to buy things at Chatuchak — bags, accessories, clothes, teas, items from local Thai designers.

I thought it just didn’t make sense that these products weren’t available online. All the shop owners have smartphones and they all use Facebook and Instagram, but they didn’t speak English or Mandarin and didn’t understand US Dollars so they couldn’t use the existing online marketplaces.

I had been working in marketplaces and so had my co-founder. We knew that online marketplaces were a big opportunity in South East Asia and the problem was unsolved for small merchants. So we quit our jobs and started Zilingo.”

Some of the early sellers we worked with in Thailand doubled their revenues. A 50 percent increase was a normal thing, and some of them were earning 100 percent more.

Why We Put Merchants First

“When we started the site, everybody in fashion lifestyle and e-commerce was just trying to get new users. They were solving the marketplace problem from the demand side. We came at it from the seller side. How do you onboard small merchants?

Our answer was to create a localized platform that merchants can use in their own language. We help them with bank accounts, mobile payments, currencies, and even local sizing. For example, the size “M” means something totally different in the US than Thailand. That’s the kind of insight you can only get when you live there, so we moved to Bangkok. For the first few months we would just talk to sellers. We spent a year and a half in Bangkok with the merchants at Chatuchak with lots of the independent, small business sellers we were building our product for.

It was so gratifying to actually be there in person and see these sellers make more money. Some of the early sellers we worked with in Thailand doubled their revenues. A 50 percent increase was a normal thing, and some of them were earning 100 percent more. Because of those kinds of results, our seller acquisition costs are very low. Sellers are so happy, they just tell each other about Zilingo.” “Anyone who thinks of Asia as one market is wrong.”

“After Bangkok, we expanded to sellers in Singapore, Indonesia, Taiwan, China, Korea, and Cambodia. You’ll see a pattern: all countries with large manufacturing industries and a population of merchants who aren’t primarily English speaking.

I’m originally from Bombay, but I’ve lived in Bangalore, Bangkok, Jakarta, and Singapore in the last five years. The Zilingo senior team is composed of 10 different nationalities. We’re multicultural and multiethnic. We speak all of the languages natively that we serve. That’s important to us and it’s an advantage. Anyone who thinks of Asia as one market is wrong.” Designing for Trust is Our Biggest Challenge

“Whether it’s Indonesia or Thailand, the Philippines or Malaysia, the suppliers and buyers in these economies don’t trust platforms. The platforms don’t trust the two parties either. To make matters worse, a lot of e-commerce companies have gone bust in the last year and eroded that trust further.

At Zilingo, we’re working to create that trust with our sellers first. When sellers work with other marketplaces, it can take up to a month for them to get their money back after a sale. But these merchants have very short working capital cycles. They need their money in order to make more of what they sell.

That quick cycle is the thing that matters to the most to them, so we try to get them their money in 7 days. That’s less than 25% of the time it takes for our competitors to pay them.”

“Most Asian companies don’t think they want to be global companies, and that just doesn’t make sense, especially when manufacturing for our segment is so heavily based here.

Our story has evolved from “let’s try to be the largest company in our segment in South East Asia” to let’s take our Asian supply to the world. We now allow cross-border transactions in Australia, Hong Kong, even India.

My dream is now that each and every seller and small merchant designer in Asia is selling on Zilingo, and selling all over the world. I get really happy because working on that problem is in our hands.” Special thanks to Ankiti for sharing her story with us. Follow her at @ankitib and learn more about her work at Zilingo.com. For the latest stories, you can follow Wavemaker Partners on Twitter, Facebook or LinkedIn.